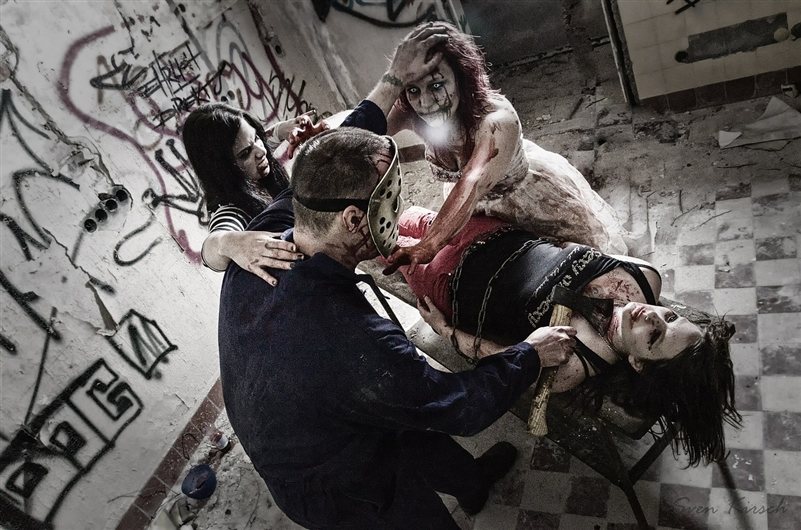 Scare experience turned uncomfortable for some visitors
Photo by: Pixabay

Following claims of a mock rape experience by visitors at a haunted house attraction in Ohio earlier this month, those employees at Akron Fright Fest have since been fired.

According to reports from a local TV station, Ryan Carr of Akron, said he was visiting the haunted house attraction with his girlfriend when he was grabbed by an actor and then thrown on to a bed. When his girlfriend asked the actor what they were doing to him, she said the actor replied back: "I'm going to rape him." They claim the actor then proceeded to thrust against Carr for several seconds until Carr got up and left.

The two visitors felt uncomfortable with the overall experience. While Jeremy Caudill, the managing partner of Melanie Lake Inc. at Kim Tam Park, where Akron Fright Fest is held has said, "We would never knowingly put any of our customers in a mock rape situation. It isn't right and it's not what we stand for."

Caudill also said, "The safety and well being of everyone at our haunted houses - customers and employees - is our utmost priority. Our customers must trust that we will provide fun, thrilling and frightening entertainment in a safe environment."

Following this incident, the haunted attraction is working out arrangements with the Rape Crisis Center of Medina and Summit Counties for fundraising efforts in their honor. A portion of proceeds from from the next few weeks will also be donated to the organization.

Let us know in the comments below if you think this particular scare experience went too far!