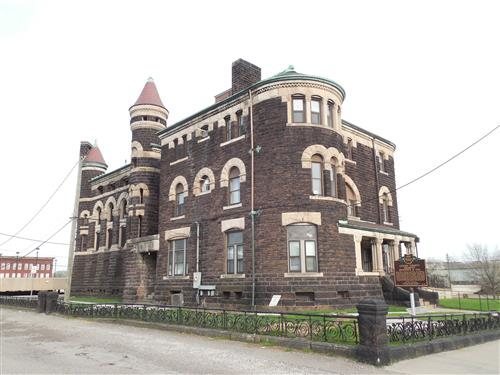 The gothic architechure adds to the ghoulish appeal of this 130-year-old jail where 14 people are known to have died, six by suicide. The haunted history of the jail is marked by the murder of Carl Etherington, a dry-agent who was being held in the jail for his own safety from a lynch mob. The crowd broke down on the the gates, and stormed the jail. Etherington was beaten to death by a hammer. According to local folklore, more than 5,000 people came to see his body, which had been dragged from the jail and tied to a utility pole. Invesgitators have captured videos of entites following them in hallways, and in the basement.